Curious Creator: Anand
Babita: A force to reckon with!
Human Rights Council Resolution on Child Rights and the Environment
Staying safe amidst all challenges
Waqeela Bano: A Tale of Conviction and Determination

Babita: A force to reckon with! 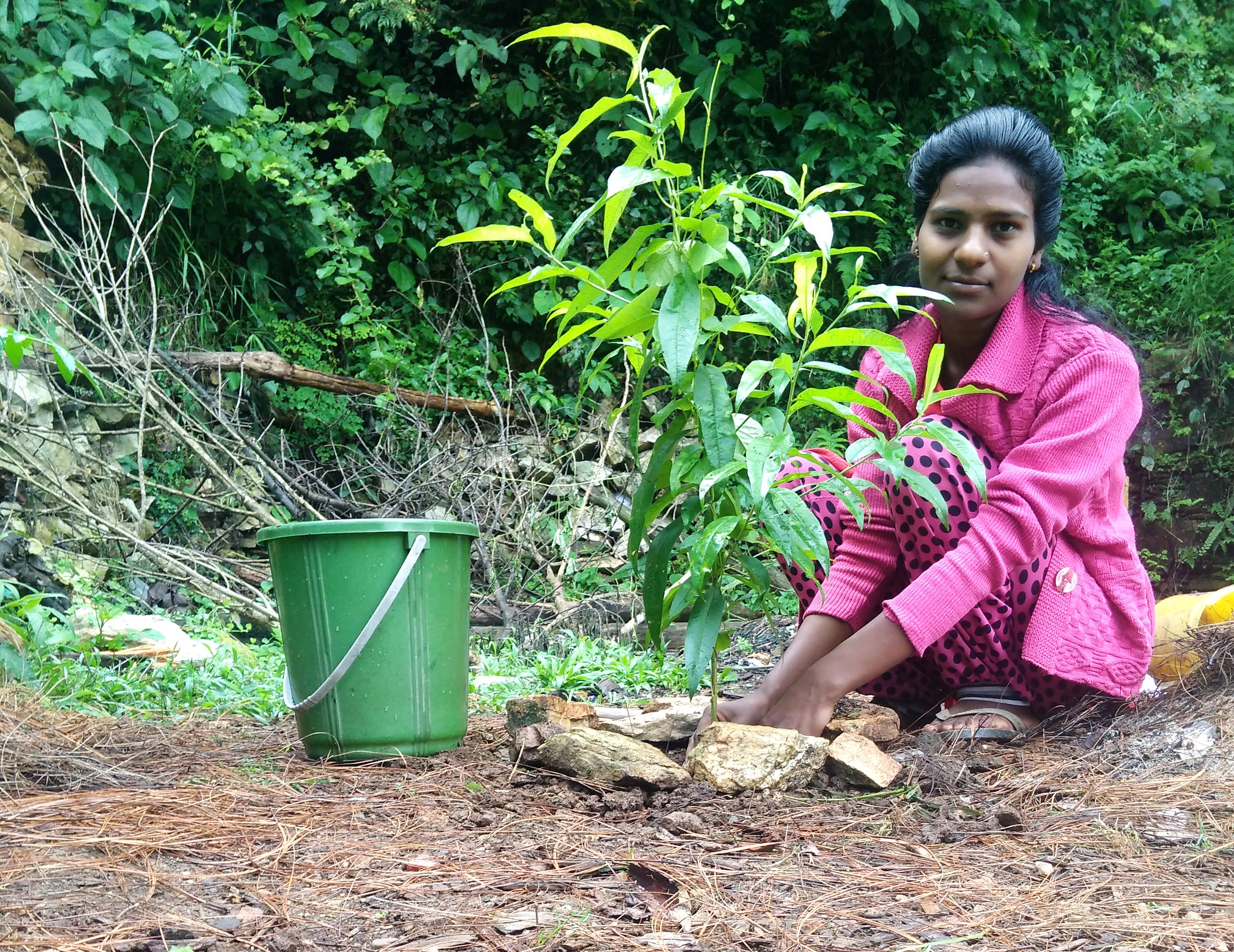 Meet 22-year-old Babita, a ferocious young activist from Uttarakhand. Born to farmer parents and fourth of five siblings, Babita is a force to reckon with. It is said that coming events cast their shadows, Babita is one such force who would not let anything limit her. Aspiring to be a Doctor, she strove to learn–be it as one of the only two girls in her science class, walking 35 KMs daily to attend Post Graduate College in Sciences, or even by fighting gram panchayat elections–her grit is unparalleled.

Babita is inspirational beyond reckoning—an environmentalist and heritage archivist. She is a member of the Uttarakhand Youth Network, which she uses as the platform to raise awareness on environment and ecology.

The losing sense of heritage among people in the community has always disturbed Babita. In order to introduce people to the thriving flora and fauna, she and her youth coalition developed a Shabdkosh or Vernacular Dictionary listing down meticulously, names and types of local vegetation and species that have existed in the area for over centuries. The Dictionary also provides an insight into the various medicinal and ayurvedic benefits of tree barks and other herbs. The Dictionary has been distributed free of cost to community, construction workers, students, teachers introducing them to their heritage.

Babita has also been instrumental in changing the look and feel of the Ramganga River that flows by the banks of Chaukhutiya block in Almora district. Unchecked chemical waste from local factories and waste from the nearby towns and cities routinely flowing into the river not only contaminated the river, but clogged it at end. Babita led the campaign to save Ramganga which soon gathered momentum to become a full-blown social movement, with local residents, businessmen and clubs joining hands. Children from her village took up the mantle of creating a focused awareness drive among the people of Chaukhutiya and its surroundings. In her guidance, more than 200 children and young men along with the Government school children, under the supervision of the AMAN –a terre dess hommes partner, started cleaning the river, within their limited means. They cleaned more than a 2 km stretch of Rāmgangā near the Chaukhutiya market and ensured proper disposal of waste.

The efforts of the young members of the community stirred up actions from several social groups. The Women’s Group submitted a charter of demand and a complaint to the District Legal Services Authority calling for appropriate action against disposing garbage in the river. The Uttarakhand Youth Network also joined the SAVE RAMGANGA campaign and along with the Green Club demanded clean water resources for Chaukhutiya through a memorandum to the Government seeking greater insight into the Government’s waste disposal policy in the state. Following this memorandum, the Government has proposed to develop a 3-hectare waste collection site in Chaukhutiya block. The positive step by the Government is seen to be a direct outcome of the unyielding drive by her and the youth members of the area to keep their river and environment pollution free.

Babita and the Green Club representatives continue tirelessly in their appeals to the community to keep the river clean, through several cleanliness drives and anti-pollution awareness programmes. Recently, a local group called Ramganga Seva Samiti, comprising of civil society members has been formed to keep the river and surrounding area pollution-free. As of September 2017, the group had built more than 300 small dumping areas around the ​​Ramganga banks and has put ample dustbins on the streets. Today, conscious of the benefits of proper waste management and a clean environment, the community refrains from polluting the river. Like Babita, the entire community is now environmentally sensitive.