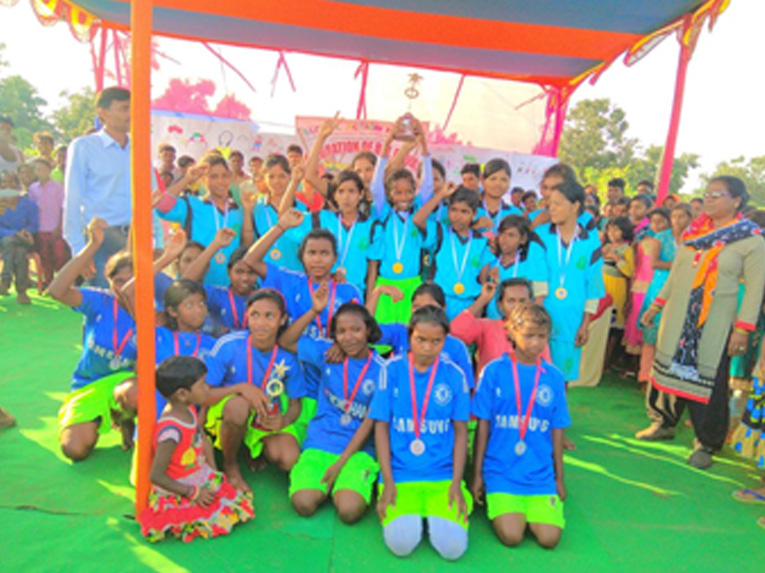 Discrimination against the girl child occurs in every strata of society – rich or poor – but is more visible in poverty stricken families. A girl is frequently force-fitted into a culturally defined role, be it at home or outside. Retrograde traditions, including what is ‘right’ and ‘natural’ for girls, have become so deeply internalized that girls themselves frequently endorse their second-class status. Such discrimination of the girl child patently violates the right to equality and the right to life as guaranteed by the Constitution of India.

Despite Jharkhand being known nationally for its many women in athletics and sports, discrimination and neglect in childhood among the less fortunate initiates a lifelong downward spiral of deprivation and exclusion from education, play, food and clothing. 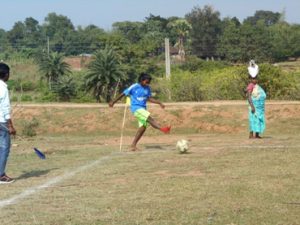 tdh project partner SARITA works in Giridih, Jama Block villages where girls face all kinds of discrimination. Through 2 years of intervention, children and youth groups were formed. Girls are also members of these groups. With regular meetings, communities are increasingly aware of their children’s right to survive, right to equality and right to play.

Girls of age 14-18, students of Kushuma School, had never played football. They usually do the household chores, domesticate farmstead animals and take care of siblings when not in school. These girls are often forced by the parents to marry at an early age.

When the idea of girls playing football was first mooted, they were shy and held back. Through meetings in villages and the support of women’s group members and even boys, the girls became keen. Male youth were supportive, especially with girls who have never played before, and trained the girls for 2 weeks. On Global Action Month Day, 50 girls came to Uparbihari ground. Three teams were formed and, for first time ever, they played competitive football. Many girls did not have shoes and played barefoot. The community, both men and women, gathered to watch and cheer them. A girls football precedent was set and the community and girls became better aware on their rights.