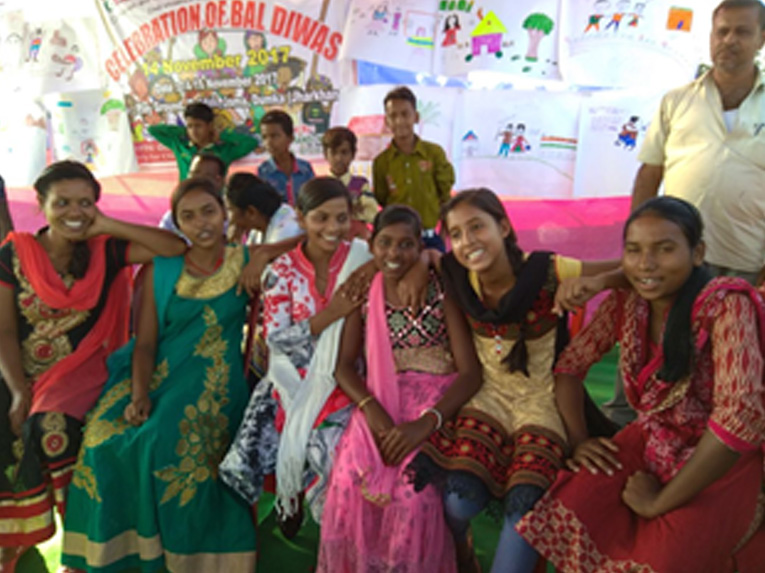 Nearly 40% of 17-year old Renu Kumari’s home state Jharkhand lives below the poverty line. Economic hardship drives parents to marry their daughters as children, believing marriage is the endgame anyway  and doing so early means one less mouth to feed. Consequently the rate at which girls marry before 18 years jumps to nearly 52%. Further, cultural traditions in rural Jharkhand dictate that the only suitable role for a woman is that of wife and mother.

Renu father Dayali Singh’s income as a daily wage labourer and seasonal farmer meant they struggled to make ends meet. She was only 16 when her father began the process of arranging her marriage. (Renu’s older sister was married at 15). 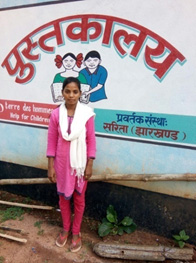 As a long time member of the local tdh supported Children’s Club, Renu had heard about the dangers of early marriage: increased risks of domestic and sexual violence, less financial independence, less or no say in matters related to her health. She wanted to be more than someone’s wife. She had always dreamed of higher education and teaching in a school. “With the help of tdh project partner SARITA and my club mates,” Renu says, “I was able to fight back. I was also supported by my older brother.”

The youth group girls joined women’s group members to visit her family to educate them on the dangers of early marriage. When that didn’t work, they staged an elaborate nukkad natak — street-corner theatre — about early marriage, starring Renu as the protagonist. And when that didn’t work, the youth group and staff of SARITA went to meet the village leaders. They met the family and persuaded Renu’s father to let her complete her higher education before getting married.

Dayali Singh says that before the interventions, he didn’t fully understand the risks of the culturally entrenched practice.  “We were about to put my child’s life into danger, as we had no idea about the consequences of early marriage,” he says. “I am happy that my daughter is safe now.” Beyond safe, Renu is thriving. After her wedding was cancelled, she passed her exams and entered college. She continues to be part of the youth group and participates in many activities without fear. She also enjoys mentoring younger children in her village, who look up to her for her motivation and support.