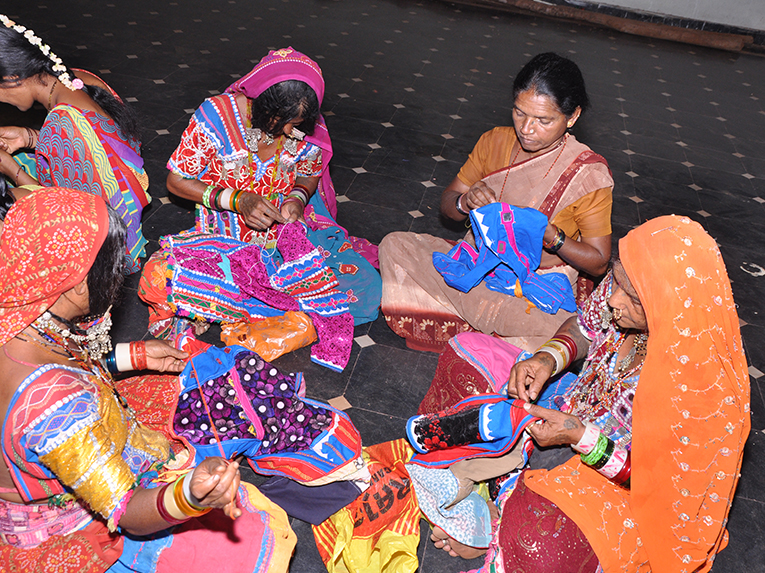 In the Lambani community, to which Shruthi and her friends Tara Bai, Jothi Bai and Rupa belong most girls are married at 15 and mothers thrice over by the age of 18. If that feels like the start of a difficult life, their problems were multiplied by the denial of access to the forest due to mining, leading to a loss of food security. Their mothers and grandmothers who had collected firewood and forest produce became labourers in the mines which had subsumed Sandur region for almost 2 decades. As children, Shruthi and her friends had also worked in the mines, by then were the only local source of a livelihood. “Then, we were never the girls in bright red skirts” says Tara Bai.

Things got worse in 2016, when many of the mines closed as a result of the Mines and Minerals (Development & Regulation) Act, 2015. The women lost their jobs, while the men managed to find work as drivers. 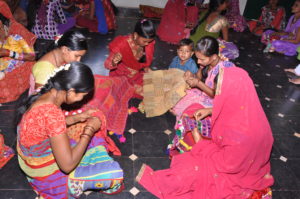 But a better world is never far when the will for change is strong. Needing to contribute to the family income, Lambani women like Shruthi came forward to take up the tailoring and Lambani dress making course offered by tdh partner SEEDS through the Promotion and Protection of Rights of Children in the Mining Sector project. “At first we thought learning to stitch would earn us an adequate income. But the SEEDS team motivated us to take up a Lambani dress making course. We saw this not only as a chance to revive our traditional clothing, but also to put colour back into our lives”, say the women. Despite the long hours their return to Lambani traditional art asked of them, they realized it was far worthier than toiling in the mines. It takes a month to stitch a single Lambani skirt with mirrors, colour threads and beads, but Shruti and friends feel it is time well spent when they see the end product. Besides, the women sell a single decorative piece of Lambani clothing for close to Rs. 3000. 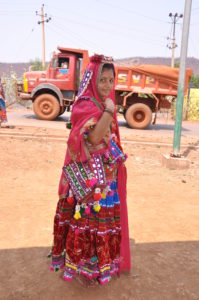 The Lambani dress making training supported by the project has so far trained 26 Lambani women. Most of them are employed in Sandur Kushala Kala Kendra, a certified unit of Khadi and Village Industries Commission. This has ensured the women receive a monthly income and access to subsidized food rations, medical insurance and other social security benefits. Self-employed women earn a minimum of Rs. 5000 per month. Attracted by the earning potential, many educated young women are now coming forward to learn Lambani cloth work and be self-employed. At weddings, the Lambanis wear their traditional clothing no matter how educated or modern they are, providing large orders to the SEEDS-trained women ,who form the core of a small group of present-generation women with skills in traditional Lambani dress making. 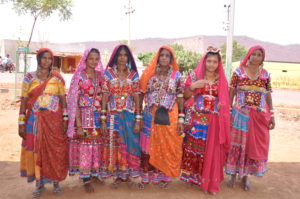 Of their present happier circumstances Shruti and her friends, clad in their traditional bright red blouses and skirts, say, “The training has given us economic empowerment and the confidence that comes with it. All our children are now in school. We have become socially conscious and know our rights. No girls are married before they turn 18. But above all, our effort to sustain our tradition gives us a sense of pride and belonging. We have brought colour back into our lives.”