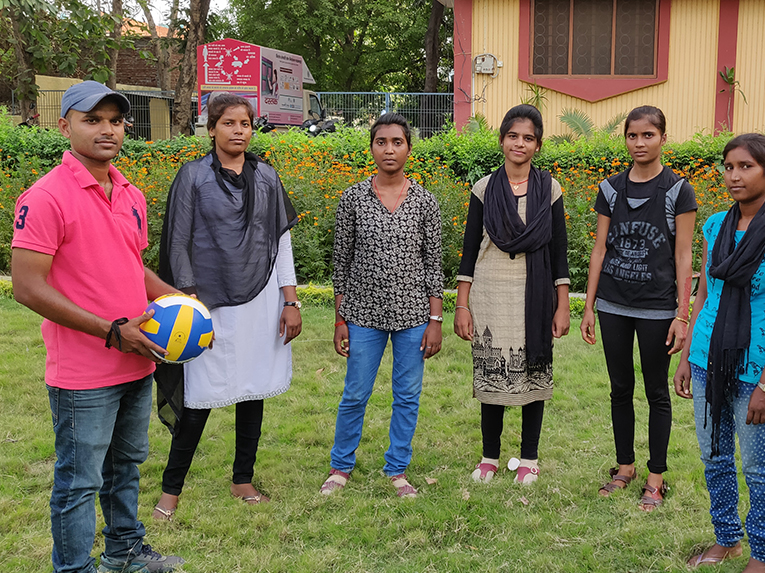 Shiv Shankar Yadav of Dushiya Village, Gorakhpur, Uttar Pradesh is a 23-year old working towards his Bachelor’s in Physical Education. Dushiya is supported by tdh’s long-standing donor-partner Dachser since 2015, through the project “Sustainable Development through Women and Youth Organizations in the State of Uttar Pradesh” by Purvanchal Gramin Seva Samiti.

With a father in Indian Railways and a mother who is a house wife, Shiv Shankar has 2 sisters and 4 brothers. Perhaps it is his many siblings that makes Shiv Shankar vocal about the issues facing children and youth, especially their ecological rights. He enthusiastically takes part in activities and campaigns organized in and around Dushiya, for which he has received the Gorakhpur Vivekanand Youth award. Shiv Shankar is keen to transform his village into a model village, to which end he is unflagging with his youth group to make the community, youth and children aware of a range of social issues.

While tdh applauds Shiv Shankar for so many reasons, one that fills us with admiration is his work teaching volleyball to children and youth. Shiv Shankar used to be a state-level volleyball player, with 12 awards to his name, until an unfortunate injury to his shoulder ended his playing career. Unfazed, he transformed himself from player to coach. Since his shoulder injury Shiv Shankar has coached children and youth from 10 project villages, including 48 girls in 8 villages. With his motivation and support a team of 8 girls competed at Gorakhpur Regional Stadium. He is now starting them young, encouraging primary school children to take up sports in school. Shiv Shankar’s own words summarize this inspiring young man best: “So what if I can’t raise my own hands to play volleyball anymore, I will raise many hands to play the game.”